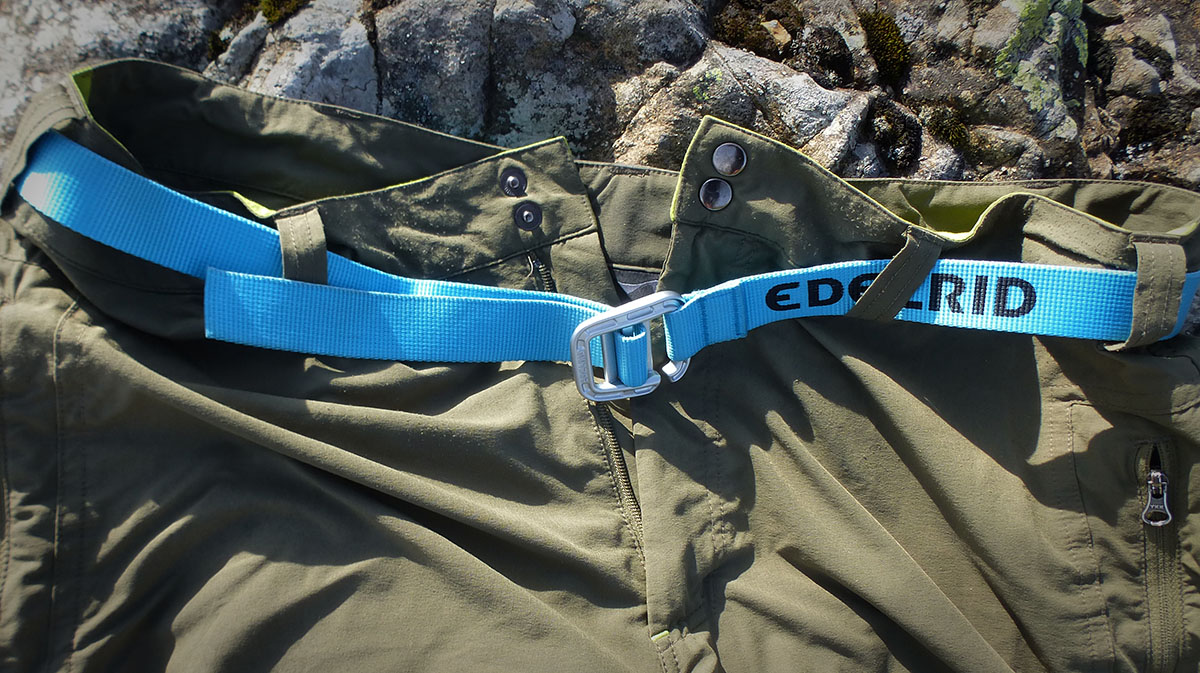 Though we're predominantly looking at the Turley belt, this review is as much a piece about a specific type of belt (or accurately a type of buckle) and below we've included an ultralight example for items that need to be carried (like waterproofs).

As always, we're looking at the Edelrid Turley belt from the point of view of long distance trekking over tough terrain.

Introduction: A favourite among arborists and climbers alike

At Scramble we're big fans of kit that is well designed, highly functional and practically failure-proof, especially when it's also lightweight. The Edelrid Turley belt is one such item. It's rare to find an item so unanimously liked, especially when it's just a humble belt, yet a quick survey of reviews for the Turley belt attest to the fact that Edelrid have made a mini classic. So what's so good about it?

One of the clues is in the company who makes it. Edelrid have been making ropes for over 150 years. They invented kernmantle ropes in 1953 which greatly reduced rope breakage. In 2006 Edelrid became part of the Vaude Group, and are predominantly known for their climbing ropes, harnesses, carabiners and helmets.

Thus, it's perhaps no surprise that they are able to make a strong belt. But why is it so liked by Scramble, tree surgeons and climbers?

By using a hook buckle design, Edelrid have bypassed the need for any moving or flexing parts. This means they can use a solid aluminium heavy duty buckle with a low profile so the belt doesn't pinch or bite when under a harness or belt system.

The buckle's design and the choice of webbing means that there is absolutely no slippage whatsoever; once it's set it stays set. Edelrid make clear that this high strength belt can double as an emergency lashing strap. Also worthy of contemplation is whether the Turley belt might also make a useful tourniquet.

Perhaps it's too much of a downer to state that in marketing copy and there may well be legal ramifications if they did (i.e. someone died while testing the theory), but if I was unfortunate enough to put my ice axe through my leg and needed to "occlude arterial blood flow", the first thing I'd reach for is my Turley belt (and then fine tune with some paracord).

This comment / review from TreeStuff.com pretty much sums up the Turley belt:

Excellent belt for climbing. Buckle is small and smooth and doesn't pinch underneath a harness. Belt fabric is thin and flexes well. The buckle also incorporates an easy on off system that allows the belt to be unlocked without threading through the buckle each time. 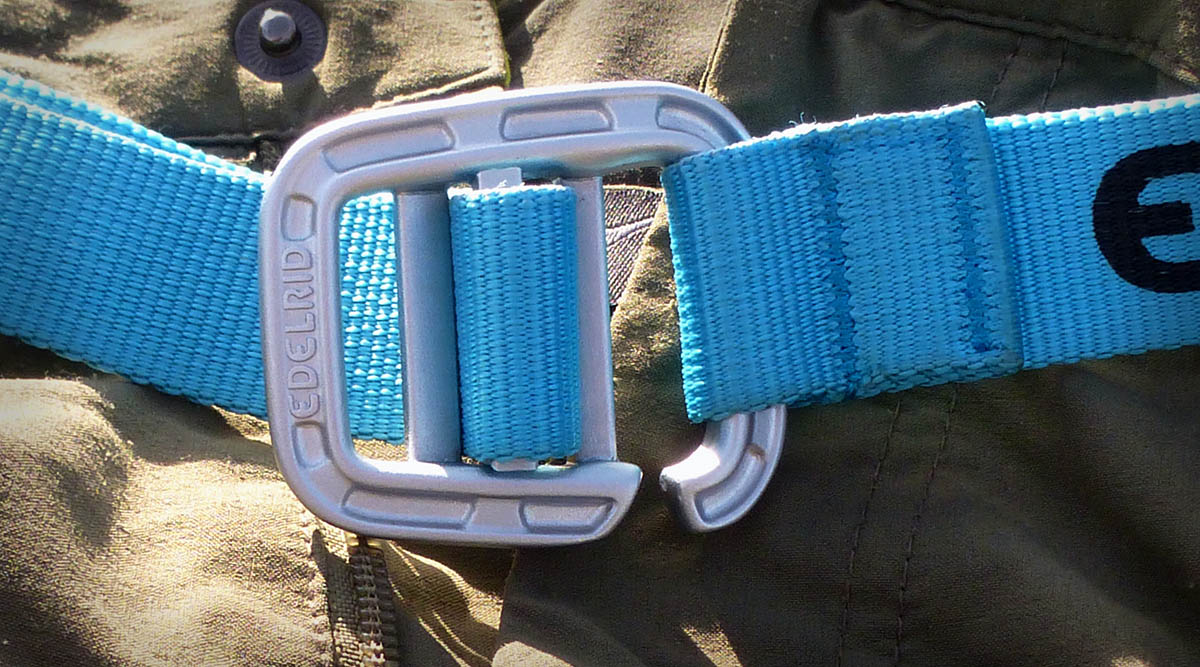 Ultimately, it's the buckle that makes this belt, but the width is also handy. Being 25mm wide, the Turley belt is a perfect replacement for many trousers that come with a semi-hidden belt, like Mountain Equipment's popular Ibex Mountain Pant, whose only real weakness is the belt which slips and is less sturdy than it might be.

ME's Ibex Pants are currently under review by Scramble and we'll have more to say after the upcoming winter kit test. In this review the Turley belt is pictured with Scramble's recommended warm weather trousers, Rab's Vertex Pants.

Before we sum up and provide a rating for the Turley, just a quick word about another product that functions as the Turley belt's mini-me. The Sea To Summit Alloy Buckle Accessory Strap.

The idea is pretty much identical. But rather than a belt which can be used as an emergency lashing strap, the Sea To Summit item is an accessory strap that can be used as a belt.

This mini-belt is made of 10mm nylon webbing (with a 125kg breaking strength) and instead of a heavy duty aluminium buckle, it features a much smaller buckle made of steel (so, much smaller but made of a stronger material) which is zinc coated. The buckle has the same kind of hook design and again these belts don't slip and are easy on and off.

These accessory straps make excellent ultralight (10g) belts for waterproofs. Pictured below are my customised waterproof shorts (don't need full length waterproofs in summer); the total weight of these (including belt) is 90g.

The Sea To Summit 10mm Accessory Strap in belt mode

None. The Turley is bomb-proof belt perfection.

Plastic-buckle quick release belts are okay, but they do fail and it's a pain when they do. Some versions slip, some pinch and some break and for a similar price you can get an Edelrid Turley belt.

Easy-on-easy-off, with a comfortable non-intrusive, high quality hook buckle that doesn't require threading, the Edelrid Turley is a superbly designed, practically unbreakable, non-slip belt, whose 25mm width makes it a suitable replacement for most outdoor trousers (and many, like ME's Ibex, that have integrated belts).

The Edelrid Turley belt is a simple idea executed perfectly, and is Scramble's top pick in the trekking belt category.