In this post we're going to briefly look back at 2019 before looking forward to 2020.

Manufacturing In 2019: A Brief Re-Cap

The cancellation of the 2019 Winter Kit Test due to winter's complete no-show in the UK provided a useful window to work on some of our own products, designed to fill some niggling gaps in our catalogue (which, in our opinion, other brands had failed to do). So in 2019 we started production on the Machine Belt Bags, the Floating Map Pockets and the Tower Pack Extenders. 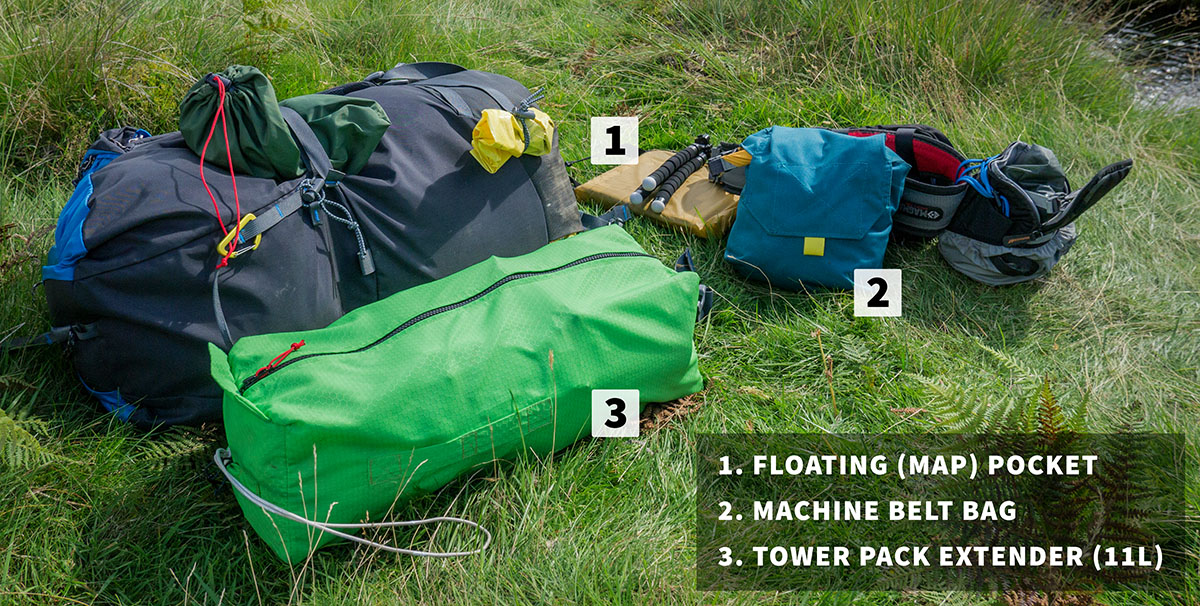 After the Summer Kit Test, having finalised our deal with our suppliers in Hong Kong (who supply the seam-sealed fabric), we were able to release the G-Series Tarps just before the year came to an end. So, although we didn't get to test all the gear we'd wanted, we made some decent stuff of our own. 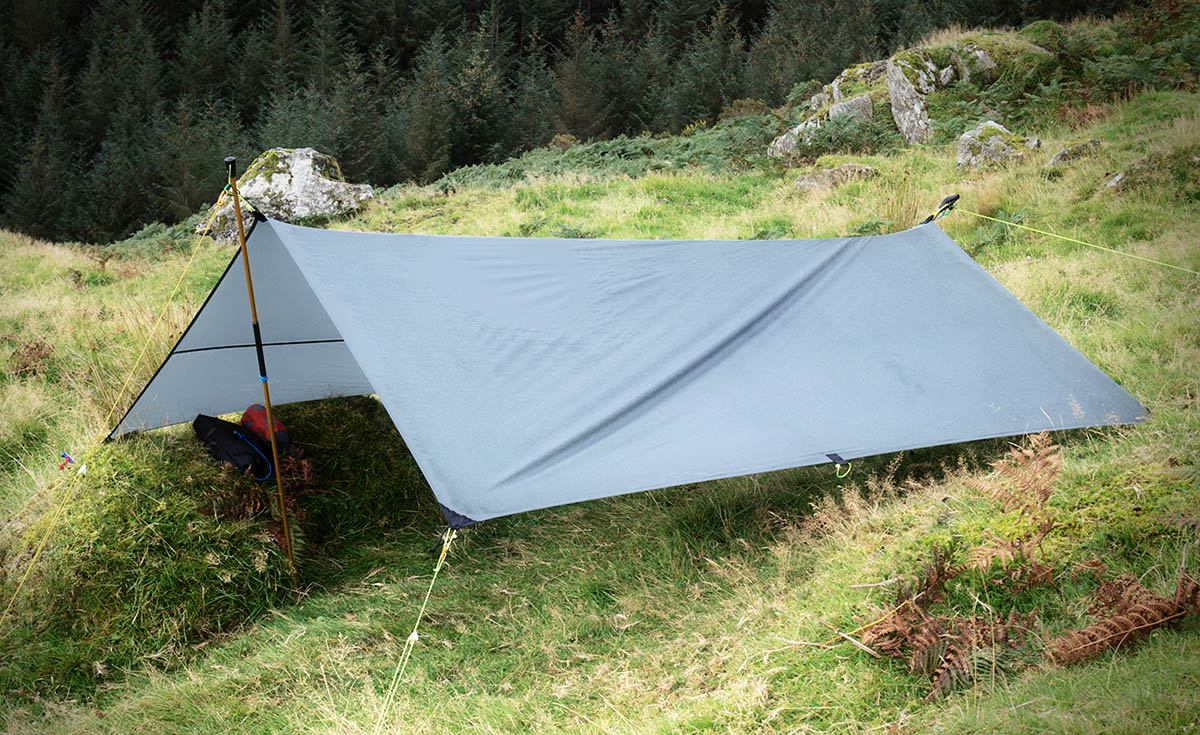 The G-38 tested with a traditional bivvy + tarp setup

Which brings us to the present and a product we're currently contemplating.

Early in 2019 we weren't sure we'd be able to secure a deal to make the G-Series tarps, so with a little help from our friends over at GP-Net (who worked with our manufacturers up in Scotland) we started investigating the possibility of an entirely UK made product. Later, the G-Series deal got finalised, but we'd made some progress and decided to go ahead with a prototype anyway, with the view to making a few of these for those interested in cutting their weight to an absolute minumum.

With an almost technocratic lack of imagination, we named it the HUL42, since H comes after G, UL stands for ultralight and 42 represents (not the meaning of life, but) the 4.2 square meters of cover the HUL42 provides.

We decided to copy the G-38 in terms of design (with 8 attachment points) and using the same tried and trusted attachment materials. The biggest problem we think we've solved was sufficiently reinforcing the main seam as the fabric itself has quite a loose weave (which in theory and so far in practice helps distribute the force across its surface).

The HUL42 got a rigourous 10 day pre-test (courtesy of GP-Net), before I got my hands on it.  The initial report was "extremely stressful weather in the form of high winds and very heavy rains - but no tarp failure". Sounded promising enough, so I took it, with some reservations (taking a backup G-38 just in case) on the 2019 Summer Kit Test.

Here, in all its glory on one of the few bright days. 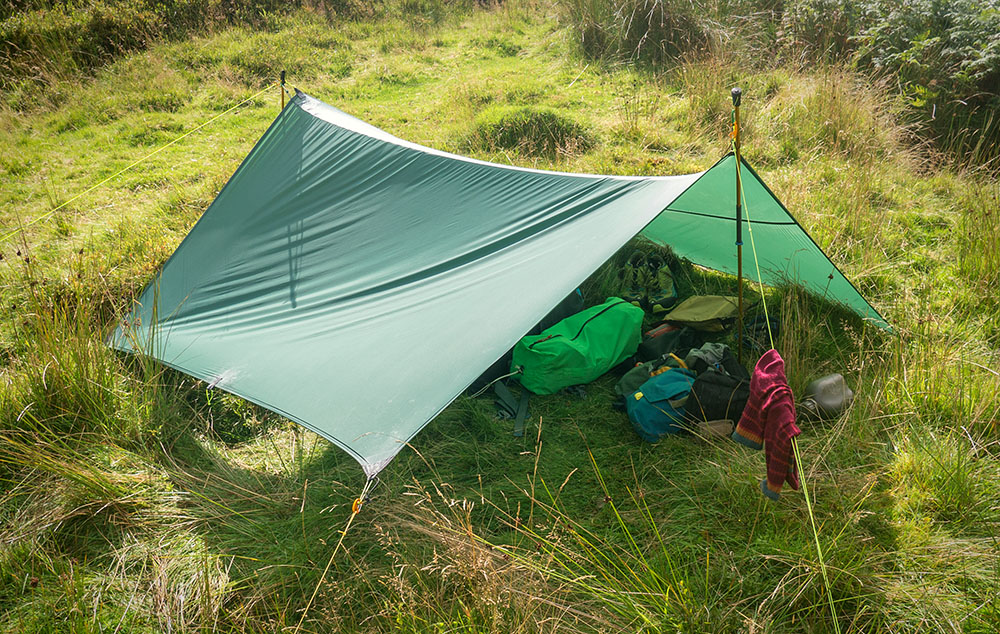 The HUL42 getting some sun 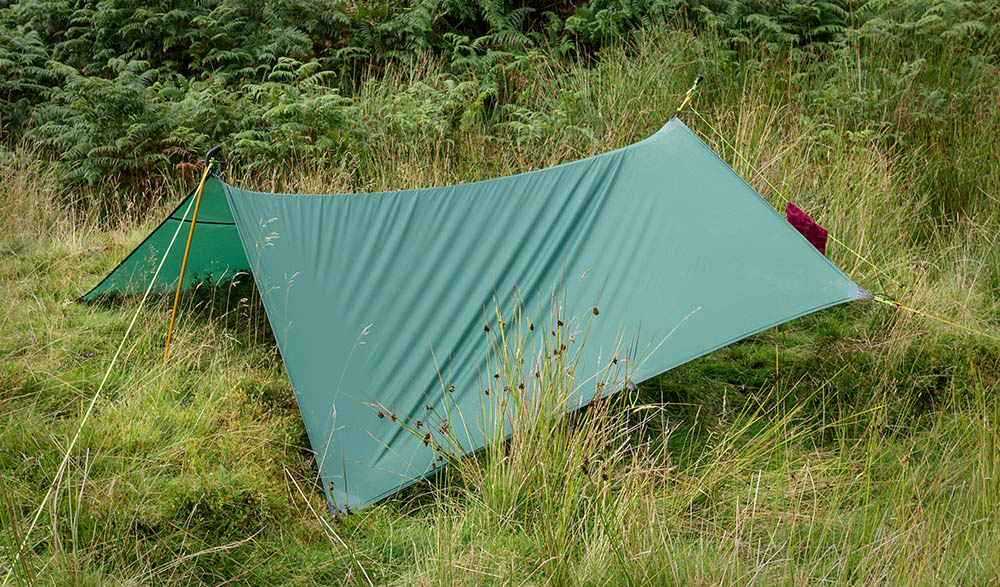 You don't get anything for free, so what gives?

The HUL42 cannot compete with the G-Series tarps on waterproofing; we're looking at a Hydrostatic Head (HH) of ~2000mm vs 8000mm for the G-Series. 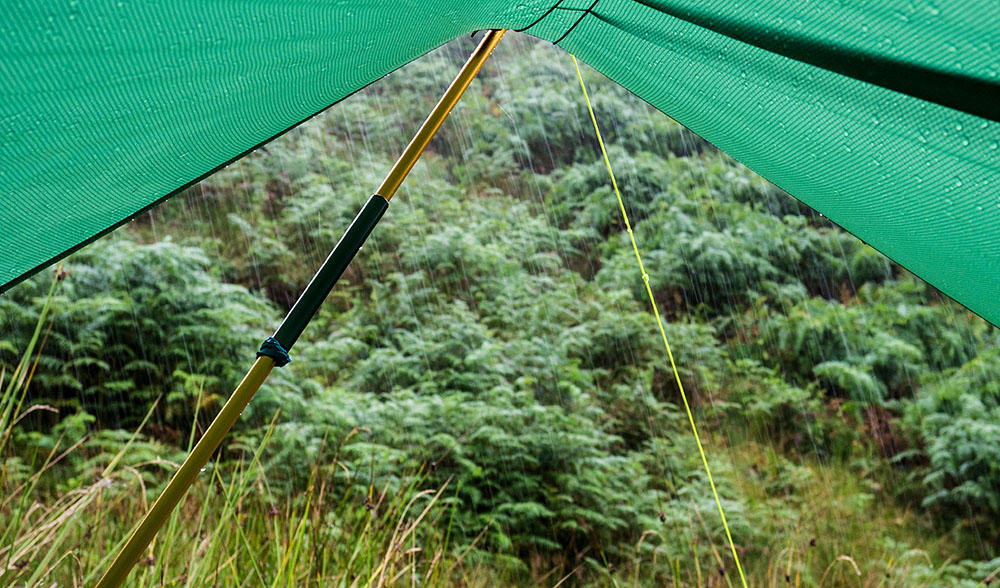 Plenty of opportunity to test waterproofing

When you get this light (20D, 36g/sm sil-nylon), the tarp will struggle to be as robust as the G-Series and that's really what we're testing now. So far though, it's been impressive and has held up to some pretty wild weather.

If we decide to go ahead, these will be made purely in the UK and in very small numbers. Bottom line - they won't be cheap (current estimate is close to £100). The fabric is expensive, the manufacturing process is tricky (especially due to how we're reinforcing the main seam) and then there's the seam sealing ...

In the UK there really aren't that many people making really ultralight tarps (pure sil-nylon, i.e. non-PU hybrids like the G-Series) that push the limits of a fabric before function is compromised. They're more common in the U.S. where the ultralight community is larger and more mature (partly I would suggest due to the predictability of the weather in certain states).

Often when manufacturers make such pure sil-nylon tarps and tents, they'll leave the seam-sealing to the customer. There's a few reasons for this:

However, this can be avoided by covering the silicone seam-seal with talc.  However, this then makes a new shiny product look like a bit of a mess. So, manufacturers (those few that offer this kind of product) often leave this messy job to the customer.

We believe that customers who buy a new product should be able to use it right away and should not have to get involved in the production process. So, if we decide to go ahead we'll seal, cure and talc the tarps and make very clear that in use, all that talc will be weathered away and you'll have a perfectly packable, non-stick UL tarp.

You can see the talc residue in the picture below. Here, with all the normal accessories we recommend for our G-Series tarps: DAC poles and connector, carabiners etc .. (the blue cord going under the tarp is for hanging a mosquito net). 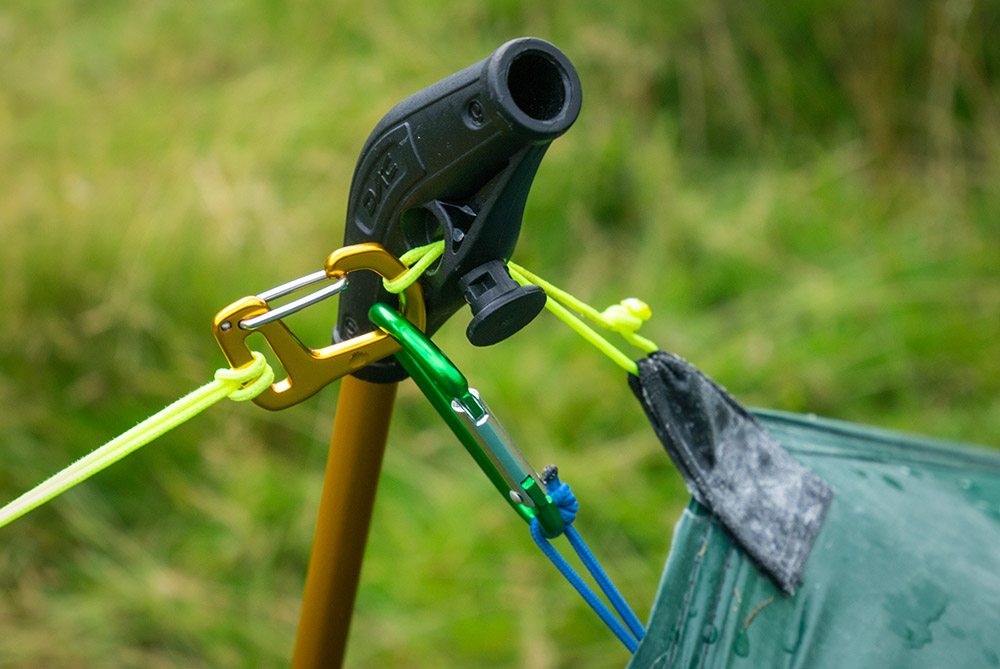 Being a little wider than the G-38, the HUL42 works quite nicely in a wide A-Frame configuration when used with a bivvy bag. It also did a fine job in single pole mode for short stops like this one before the heavens re-opened. 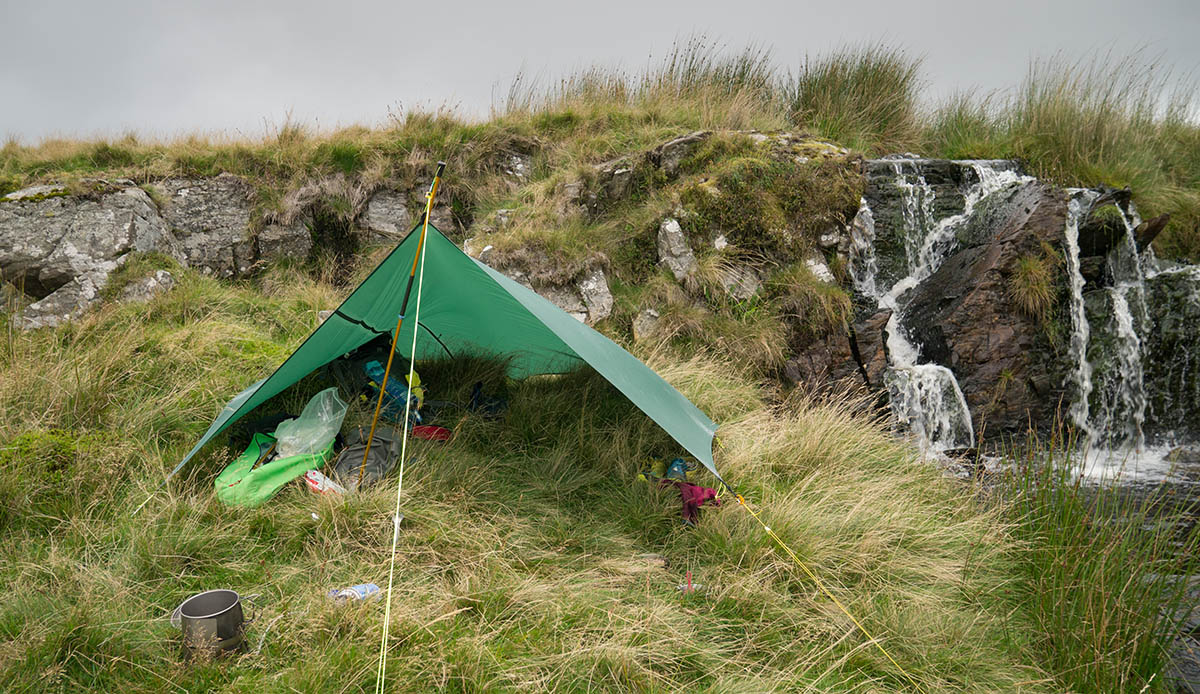 The purpose of Summer Kit Tests is to see how fast and light we can go. In theory it's an attempted sprint, carrying 10 days worth of food, over difficult terrain (see below).

Elsewhere, I've characterised the 2019 "Summer" Kit Test as a good test of lightweight gear in heavyweight weather. That's pretty accurate, as over those ten or eleven days at the end of August into September it turned unseasonably cold, wet and windy. I'd optimistically dressed for July when I should have packed for October. I had a +10°C sleeping bag and the only clothing insulation was a cheap 260g down pull-on made by a Finnish brand called Kilpi (not too smart in retrospect). 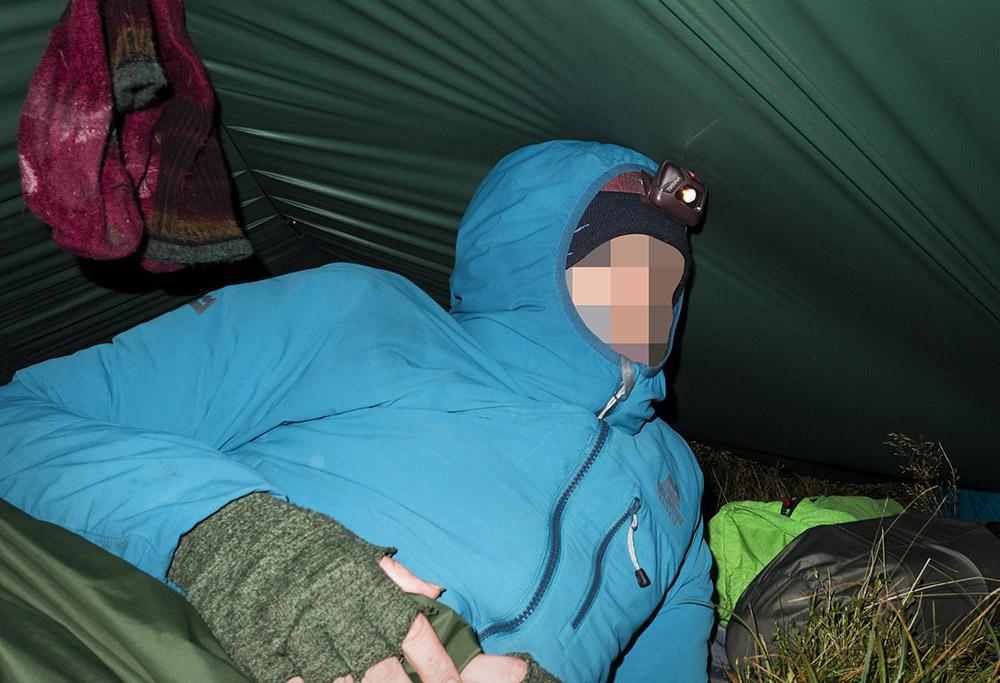 If I'd had the right sleeping bag combo (Bag 1+2) or taken our recommended insulated jacket, I feel the HUL42 would have been enough. But without sufficient insulation, the only way to get close to comfortable was to block out as much wind as possible. Fortunately I had the backup G-38 and this came in handy when stress testing the HUL42.

Emergency 2-tarp setup required on a couple of occasions

Some late evening sun with frigid winds, which by the morning switched direction and things got a little more taxing.

Set up for another high wind stress test

I'd sheltered from the westerly wind, but was very exposed from the north and that's what hit with force over night and into the morning.  I really expected to wake up freezing with no shelter at all, just a few tent pegs and my kit littered about me. But when I opened my eyes there was green fabric overhead! 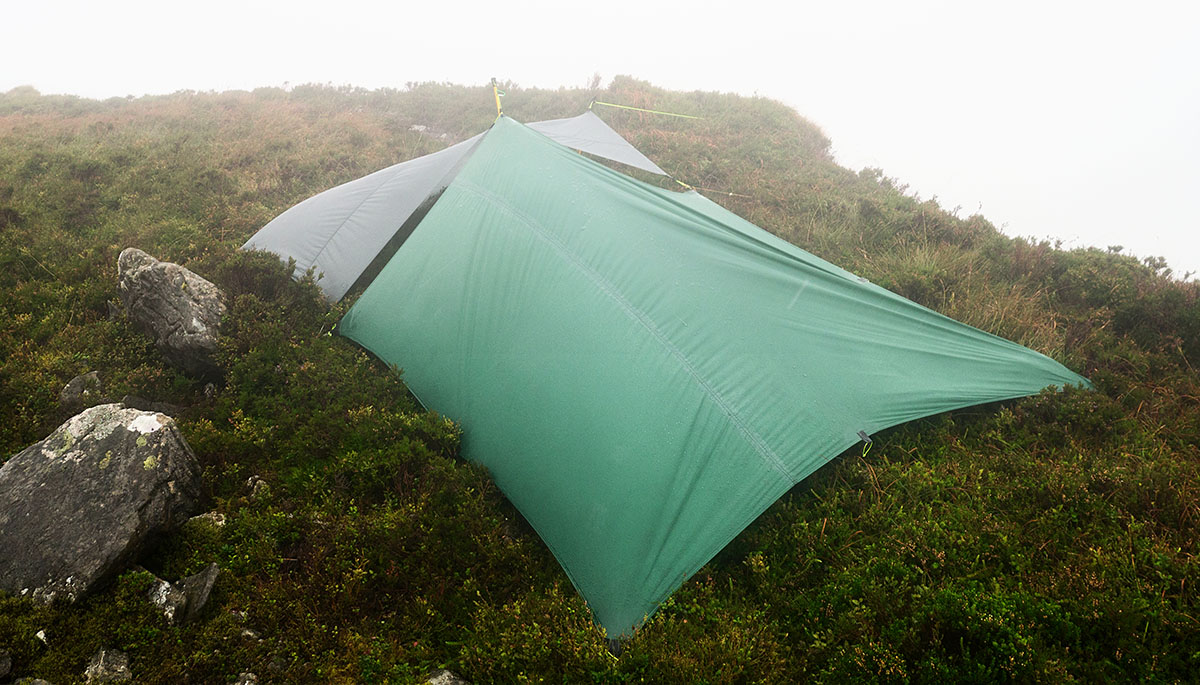 Everything (still) in its right place

I guess this is all a long-winded way of saying "so far so good". We'll be testing the HUL42 in conjunction with the Bush Cocoon hooped bivvy (which we're currently talking with MacPac about stocking) this winter when hopefully we'll have some more challenging cold weather and some snow.

Which brings us nicely to preview the menu for the upcoming Winter Kit Test.

Winter Kit Test 2020 (and other stuff under review)

Before we get to kit we're testing, just a brief word on our continual search for wet weather gloves. Simply put we're still looking for the ideal neoprene cut-off gloves. These "fishing gloves" by Fladen are inexpensive and about the best so far, but all these neoprene gloves tend to suffer from the same problem: they're generally not built to take the kind of beating that we dish out and often the stitching will fail somewhere. This isn't that big a deal as they're easy to repair - but it's meant we're not comfortable making any official recommendations as yet. 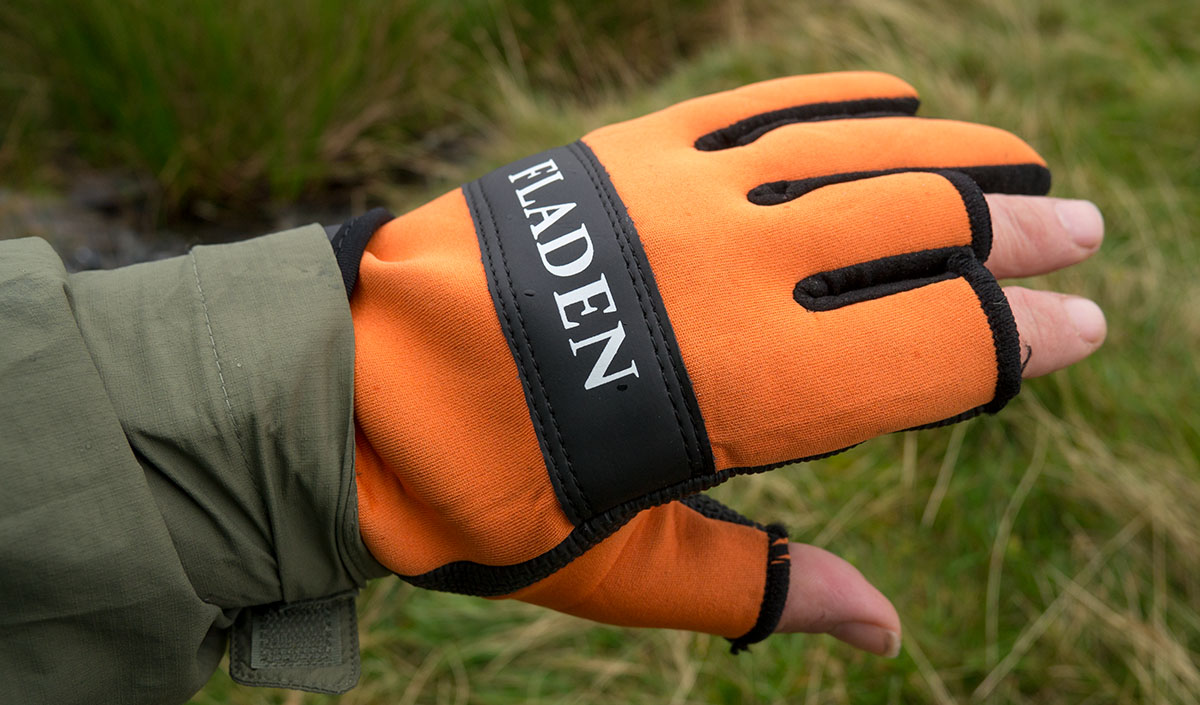 What we're looking for is a warm-when-wet (neoprene) cut-finger glove, with durable stitching, offering good protection when it's wet and cold (not sub zero) without sacrificing dexterity (weighing <80g).  Feel free to get in touch if you know of any that may fit the criteria.

Generally, when we think of problematic environments it's easy to conjure silhouetted climbers on narrow mountain spines; be-goggled mountaineers on high peaks and the regular stuff of the outdoor adventure world. What you'll almost never see is terrain like that pictured below - it's just not that glamorous.

I find it amusing that there are long supermarket-style queues up Everest, yet I've literally never seen another human being all the times I've crossed the path-free sea of holes that is the Green Desert. I'm not saying it's harder (though it probably would be if it was 8,000 meters above sea level) but if you want to get away from the rest of the world it's certainly cheaper and for me at least considerably more convenient. 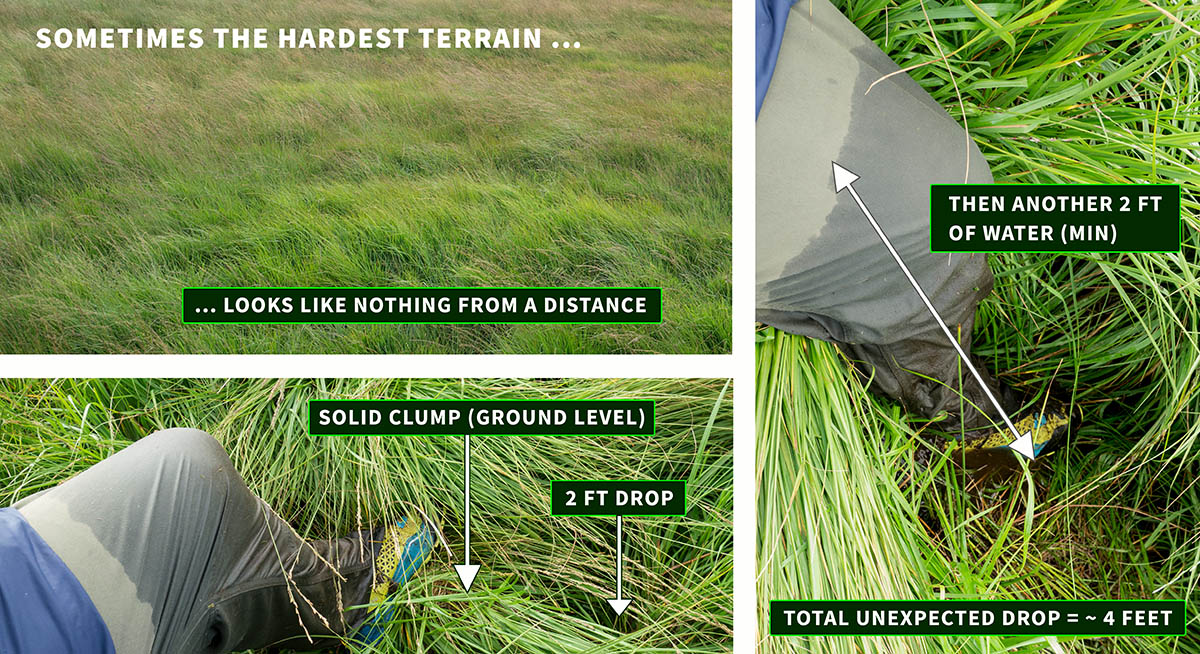 A passage from the "Solitude of Wales" remains relevant today:

The locality we were now traversing is one of the most untamed and desolate in either division of the Principality; it has indeed with perfect truth been called the "great desert of Wales." Vast sweeping ranges of hills with round tops, add to the dreary aspect of this nearly unpeopled region...

I generally dislike forests and I'm not overly keen on paths, so paths through forests aren't really my cup of tea. But after slogging (and falling) my way through the stuff above, it can be quite refreshing to make up time on paths like this: 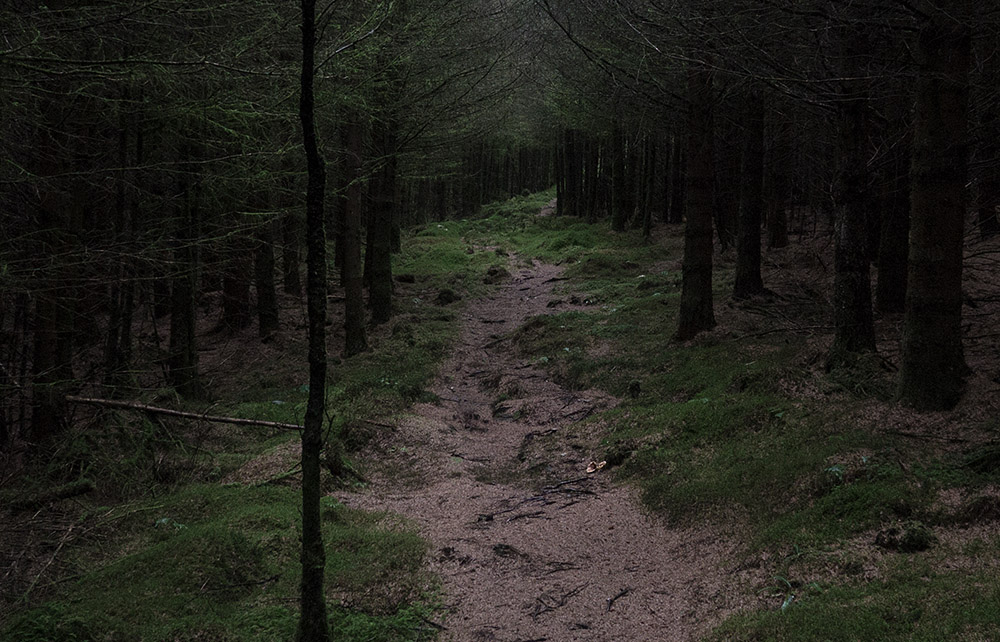 What is nice about the Summer Kit Test is there's generally room in the pack for a change of footwear and the opportunity to return in comfort (if not in style - that may be a little subjective). 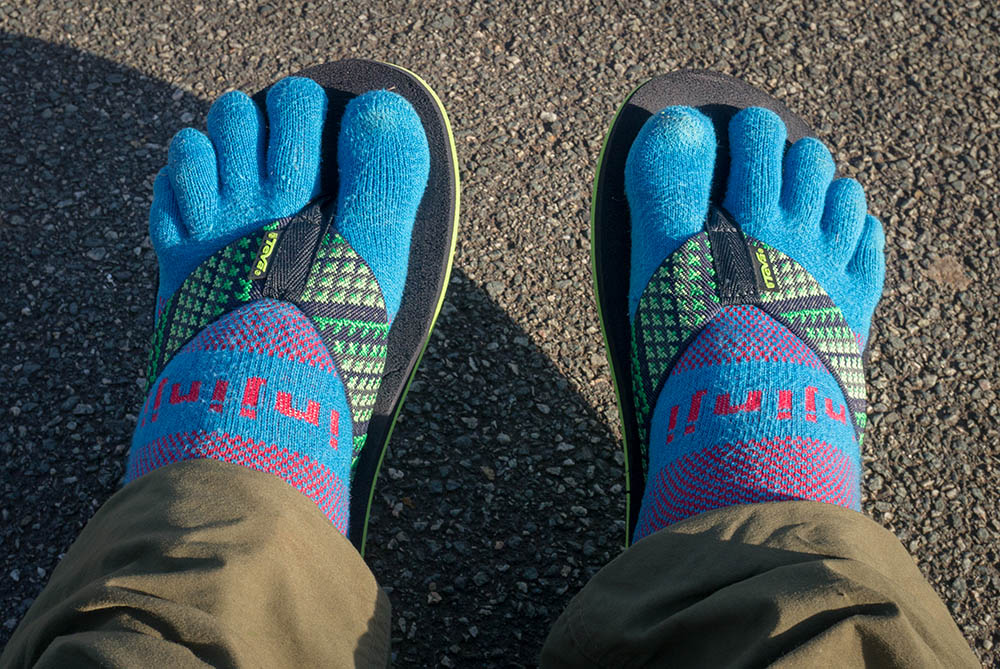 We've had a few people ask about food rations so next up we'll do a post on calorie dense foods, metabolism, fat stores and supplementation.

Now I'm off to pray for snow and freezing temperatures.